The Lone Star State is often best known for world-class barbecue food, rodeos, and country music, but they’re not the only things that Texas has to offer. As the second-largest state in the US, Texas has been the birthplace and is the home of many things that might surprise you. So, let’s take a look at the fascinating things you might find the next time you leave the resort. 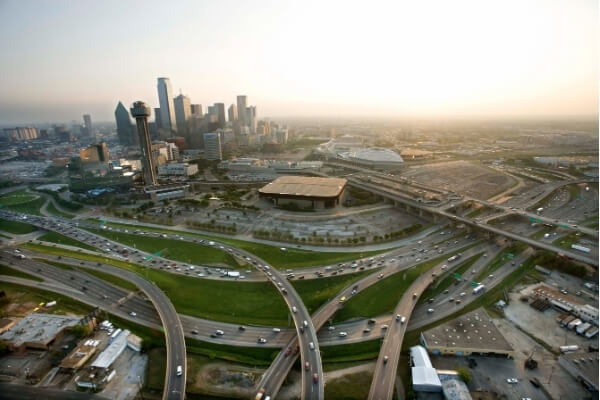 Texas Has The Fastest Road in the U.S.

While you probably already know that Texas has the highest average speed limit in the US at 78.3mph (126kmph), Texas is also home to the fastest road in the country.

Between San Antonio and Austin, there’s a 40-mile rural toll road where the speed limit is 85mph (137kmph). So, if you’re looking to open up your car the next time you head out, you know where to go!

Texas Has Three of the Most Populous Cities in the US

“Everything’s bigger in Texas” isn’t just a common saying, it’s true. Not only is Texas larger than any country in Europe, but it’s also home to three of the U.S.’ biggest cities.

Houston, San Antonio, and Dallas are three of the four cities referred to as the Texas Triangle, which is estimated to be home to more than 70% of all Texans.

San Antonio Has The Largest Mexican Market in the US

Home to the largest Mexican market outside of Mexico, El Mercado’s shopping district is a three-block plaza with over 100 shops, restaurants, produce stands, and handmade craft stalls. This famous district also hosts many Hispanic festivals throughout the year, too.

Houston is Home to The Biggest Rodeo in the World

The Houston Livestock Show and Rodeo takes place over the course of a month and attracts an average of 2.5 million attendees each year. Not only do you get to watch an authentic rodeo, but there’s also a carnival, games, and other live performances. And that’s not to mention the deep-fried delights of carnival food!

Opened in 1882 by Frank Napoleon Fossati, Fossati’s is the oldest deli in Texas and is still owned and run by the founding family. Legend has it that in 1932, Bonnie and Clyde themselves came to Fossati’s to drink beer before running out of the doors.

Whether you’re a foodie or a history buff, there’s no doubt that you’ll love lunch at Fossati’s.

Brazoria County Has The Most Bird Species in Northern America

Birders love Brazoria County because of the wide variety of bird species that call this county home. Not only that, but North America’s last remaining flock of Whooping Cranes fly to the Aransas Wildlife Rescue for winter, making it a must-visit attraction for bird and wildlife lovers.

See all of our destinations and explore all that is fascinating about Texas from your home base at Quality RV Resorts!